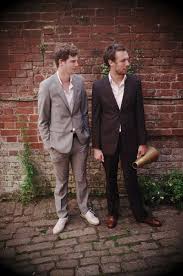 Fin and I met smoking weed, which makes both of us seem a lot cooler than we are. Actually, Fin is pretty cool. He wears tweeds and a moustache.

My firmest memory of Fin, though not my fondest, is of seeing him collapsed on a sofa in the middle of the theatre just before Christmas 2010. The doctor says he has either labyrinthitis or high blood pressure. In hindsight, he was probably just exhausted. For the last five months, he’s been working flat out on getting the theatre opened, bringing in structural engineers, architects and the fire brigade. And he’s been co-directing A Midsummer Night’s Dream and The Little Prince. And he’s been writing spreadsheets. And he’s been working on the bar at weekends. Oh, and he’s still working a couple of days a week at Exeter College.

Through this all, he maintains a positivity that is the perfect counterpoint to the obvious challenges around us. It is easier to give up. But Fin has wanted this to exist for years, a cultural hub for the bohemians of Exeter to meet, drink, chat and present their work. Against this determination, the fire brigade didn’t stand a chance.

He’s run music festivals and played in bands. He makes gifts rather than buying them. And he knows everyone in Exeter. No idea is too big for him, too ambitious. He’s self-assured without an ounce of arrogance, and he’s instinctively creative. In 2012, as best man, he composed a ukulele song for my wedding. For many there, it was the highlight of the day.

Fin left the Bike Shed in February 2013, but his stamp on it is everywhere. The welcome, the informality, the quirkiness. He has the calmly reassuring attitude that anyone can achieve anything if they’re given the right support. This continues to inform the ethos of the Bike Shed. He’d be greatly missed were it not for the fact that his legacy is present in the very fabric of the building.