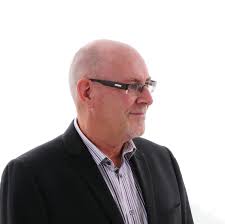 “Well, there’s sixty of them. So, um, three thousand pounds.”

“Right. Give me a couple of minutes”.

It’s September, 2012. Following a tough nine months, Fin and I have redesigned the way we’re going to programme and run the venue. Gone is the focus on work developed by writers, in comes a more company-orientated way of programming, based around residencies. Companies will come in for three weeks to show existing work whilst developing something new. This allows us to cut staff back to the barest minimum to keep functioning. We’re opening in the daytime. And we’re turning to our loyal supporters to help us out.

To celebrate this reboot, we invite in companies that will perform throughout the season, open some wine and throw a party. John is one of those who comes. I’m not sure how he got an invite – to my memory, neither Fin nor I had met him before – but the more, the merrier, and all that. John is small, Scottish and, we later discover, generous. He’s made some money from some health equipment and wants to spend it. We’ve decided to get named sponsors for the sixty chairs we’ve been given by Oldham Coliseum. Each going for fifty pounds. John wants all of them. In the end, we settle on £1000 and he gets his name on just one of the seats, allowing us to get sponsorship for the other fifty-nine.

John is currently caring for his mother-in-law which makes him a less frequent visitor to the Bike Shed than he was a couple of years ago. And in many ways, I’m not sure he’d appreciate being drawn attention to. But I think it’s important that I do. There are many people like John in the history of the Bike Shed, people who’ve found ten, fifteen, twenty pounds to support our activities. They are often people with very little money themselves, but who value the importance of what we do. What makes John a bit different – beyond the size of his donation – is that he is a man with money to spend. Bizarrely, it is more difficult for us to successfully make the ask to people like this.

Something is wrong with our society. John is the exception that proves the rule.